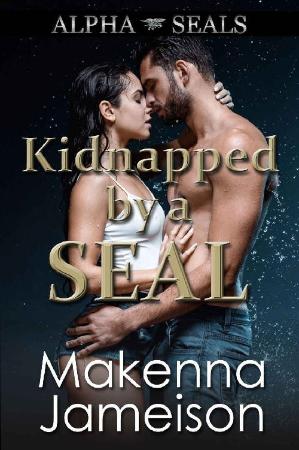 He’ll protect her with his life-and claim her as his own.

Navy SEAL sniper Ryker “Bulls Eye” Fletcher never misses a shot. When he sees something he wants, he goes after it with equal resolve. Rescuing a woman held hostage should be the end of his mission-until he’s tasked with protecting her back in DC. Gorgeous dark hair, curves to kill for, and a whip-smart personality won’t stop him from claiming her for himself.

State Department Special Agent Emily Swenson is kidnapped in Afghanistan while riding on a routine patrol. The Navy SEAL team that comes to her rescue should be the end of her ordeal-until it’s not. A ruggedly handsome SEAL haunts her dreams and wants to protect her-not to mention have her in his bed.

Targeted back in Washington by her kidnappers, she must accept help from the possessive and aggressive SEAL who saved her-but what will protect her from falling for him-hard?

Kidnapped by a SEAL, a standalone novel, is book 14 in the addictive Alpha SEALs series.

Thanks for downloading Kidnapped by a SEAL (Alpha SEAL – Makenna Jameison :