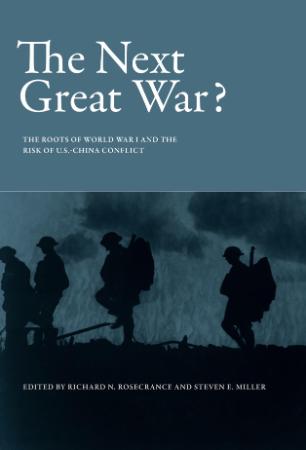 Experts consider how the lessons of World War I can help prevent U.S.-China conflict.
A century ago, Europe’s diplomats mismanaged the crisis triggered by the murder of Archduke Franz Ferdinand of Austria and the continent plunged into World War I, which killed millions, toppled dynasties, and destroyed empires. Today, as the hundredth anniversary of the Great War prompts renewed debate about the war’s causes, scholars and policy experts are also considering the parallels between the present international system and the world of 1914. Are China and the United States fated to follow in the footsteps of previous great power rivals? Will today’s alliances drag countries into tomorrow’s wars? Can leaders manage power relationships peacefully? Or will East Asia’s territorial and maritime disputes trigger a larger conflict, just as rivalries in the Balkans did in 1914?
In The Next Great War?, experts reconsider the causes of World War I and explore whether the great powers of the twenty-first century can avoid the mistakes of Europe’s statesmen in 1914 and prevent another catastrophic conflict. They find differences as well as similarities between today’s world and the world of 1914―but conclude that only a deep understanding of those differences and early action to bring great powers together will likely enable the United States and China to avoid a great war.
Contributors
Alan Alexandroff, Graham Allison, Richard N. Cooper, Charles S. Maier, Steven E. Miller, Joseph S. Nye Jr., T. G. Otte, David K. Richards, Richard N. Rosecrance, Kevin Rudd, Jack Snyder, Etel Solingen, Arthur A. Stein, Stephen Van Evera

Thanks for downloading The Next Great War The Roots of World War I and the Risk of U S -China Conflict by Richard N Rosecrance :